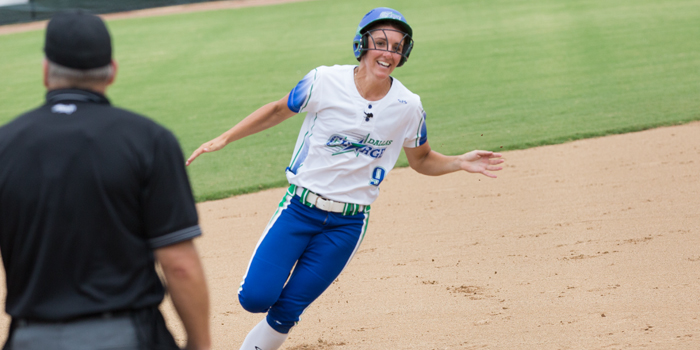 The Charge scored all four runs via the home run on Sunday afternoon. Taylor Gadbois tallied her first pro home run, the inside-the-park variety, knocking in two and Lauren Haeger blasted her sixth long ball of the year, also a two-run shot. Those long balls happened in the third and fourth giving Dallas a 4-0 lead.

Haeger continued the form that helped her throw a no-hitter in her last outing, as she started for the Charge in the circle. The right hander went four strong innings, allowing just one hit. Cheridan Hawkins, Vanessa Stokes and Jill Compton followed in relief. Haeger earned the win, improving to 10-7 on the season. Compton earned the save.

Emma Johnson picked up the loss for the Rebellion allowing four runs on three hits in three innings.

The Charge reached 20 wins against 30 losses in their second season of competition, while the Rebellion finished at 17-33 overall.

The Dallas Charge, headquartered in McKinney, TX, began competition in the National Pro Fastpitch league in 2015. The Charge provide elite softball players the opportunity to pursue a professional career and inspire the next generation of professionals. Located in the Dallas/Fort Worth area, the Charge organization and its players are committed to demonstrating leadership in community involvement, entertainment, and professionalism. Follow the Dallas Charge at www.dallascharge.com

National Pro Fastpitch (NPF), an Official Development Partner of Major League Baseball since 2002, provides elite female athletes with an opportunity to pursue a professional career in diamond sports beyond their collegiate success. The 2016 NPF season will be televised on CBS Sports Network. Coverage includes the NPF College Draft presented by Bownet on Thur., April 14, followed by 23 regular-season games, a Championship Series Preview Special and the 2016 NPF Championship Series. The NPF recently announced that the Scrap Yard Dawgs, located in The Woodlands, Texas, will join the Akron Racers, Chicago Bandits, Dallas Charge, Pennsylvania Rebellion and USSSA Florida Pride for the 2016 season. National Pro Fastpitch players hail from the U.S., Australia, Canada, Japan, the Netherlands and New Zealand, representing the most accomplished and talented athletes in the sport of women’s softball.

Photos and b-roll of players is available. Interviews with the league commissioner are welcomed, and top players from each team are accessible immediately. If you’re interested in pursuing story angles about professional softball for women, please don’t hesitate to contact us. 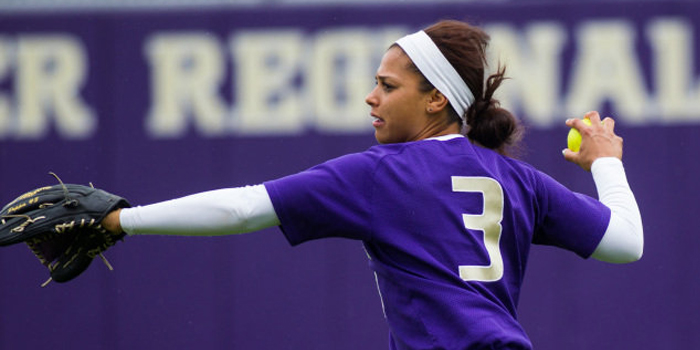 Williams commented on her return to the NPF, “The opportunity to come back and play is not something many people can do, and I’m proud to be part of such a wonderful program. I have had the itch to play in the NPF for the last two seasons and I am so thankful to be given the opportunity by the Dallas Charge organization. I look forward to competing at the highest level well as promote the sport of softball on a professional level.”

“We are excited to add Nikia’s experience, versatility and athletic ability to our squad,” said Shelton.  “We continue to build a solid nucleus that provide the stability that will give us a chance to compete for a championship on a regular basis.”

During Williams senior year at Washington she was named a top 10 finalist for Lowe’s Senior Class Award.  In 2011 she was an NFCA All-American and Top 25 finalist for ASA Player of the Year.  In 2009 Williams earned a spot on the Women’s College World Series All-Tournament Team where she set multiple records.

“Nikia knows how to compete on the big stage.  Her maturity and professionalism are great additions to the Charge,” said Shelton.