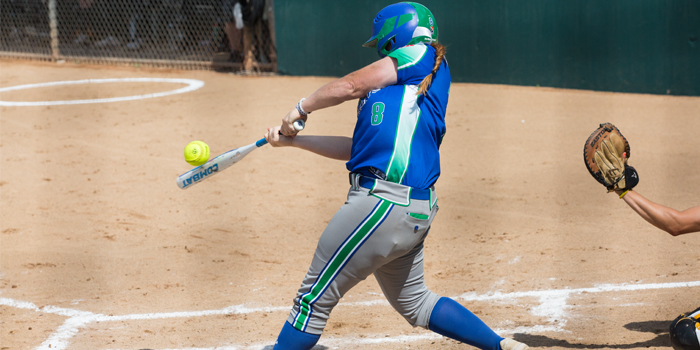 McKinney, TX – (August 13, 2016) – The Dallas Charge split a double header at home on Saturday afternoon with the PA Rebellion. Both games ended 3-2. The result cements each teams place in the 2016 NPF regular season standings. The Charge will finish fifth, one place ahead of the Rebellion.

The Rebellion erased that deficit and took the lead in the top of the fifth. Charge starter Morgan Melloh allowed two runs before being lifted for Jill Compton who gave up a single up the middle that brought home the go ahead and ultimately winning run for the Rebellion, giving them the 3-2 win.

Dallas Escobedo picked up the complete game victory for the Rebellion. She fanned nine and walked just two. Melloh got the loss, falling to 4-8 on the season.

In game 2 the Charge overcame a 2-1 deficit via the home run to win 3-2. The Rebellion scored first in the top of the second without the ball leaving the infield. Dallas area native Chaley Brickey walked. A bunt single, sacrifice bunt and ground out to shortstop brought home Brickey and staked the Rebellion to a 1-0 advantage.

Lauren Haeger, who had two hits it the game, drilled a solo shot in the bottom of the frame to tie the game at one.

The Rebellion came right back in the third to take the lead. A Stacey Porter double in the right center gap brought home Victoria Hayward who had singled.

Danielle Henderson put the Charge ahead for good in the bottom of the fourth with a two-run blast.

Starter Cheridan Hawkins earned the win, pitching five and one-third innings before giving way to Vanessa Stokes and Morgan Melloh in relief. Melloh picked up the save.

The Charge reached their highest win total ever, moving to 19-30, while the Rebellion are 17-32 overall. The Charge and Rebellion will both conclude their season Sunday at noon at the Ballfields at Craig Ranch in McKinney.